Ukiyo-e is a global word.
Ukiyo-e is one of the Japanese cultures recognized all over the world.
It was a coincidence that Ukiyo-e became well known to the world.

In 1856, Felix Bracquemond, an etcher in Paris, visited an etching-printing center. He happened to see “Hokusai Manga” used as expensive packaging material.

Bracquemond was impressed with the quality of the work. He asked if he could have it immediately; however, he could not. After that, he tried to get it, and finally he succeeded in getting a book of “Hokusai Manga.” The book was passed on to the painters of Impressionism, such as Édouard Manet and Vincent Van Gough and had a great effect on them. Hokusai had an influence on various genres of arts not limited to painters, including Émile Gallé, a glass artist, and Claude Debussy, a composer.

Recently, Steve Jobs, a co-founder of Apple Inc., was well known as an enthusiastic collector of New woodblock prints. It is said that he put much effect on the new products. He used “A woman Combing Her Hair” by Higuchi Goyo, for the early demonstration of Macintosh.
(Reference: http://applembp.blogspot.com/2013/12/Hasui-Kawase-Steve-Jobs-Shin-hanga.html)

Many works have left for abroad since the Meiji period. Represented as Spraulding Collection from the Museum of Fine Arts, Boston, high quality Ukiyo-e works are owned by the Western famous museums. In other words, they had many more opportunities to see Ukiyo-e than in Japan.

For that reason, it is thought that people in foreign countries recognize, know well, and love Ukiyo-e more than we Japanese think.

Satisfied services as a gift to someone outside of Japan 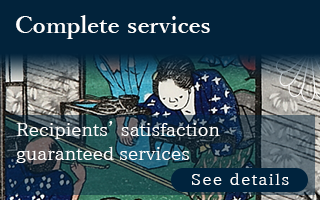 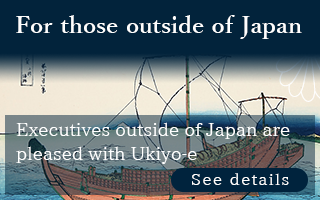 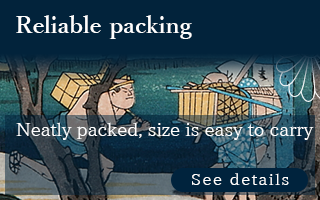 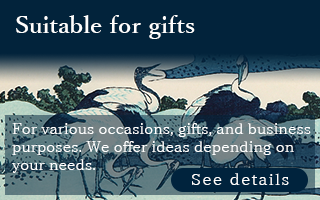 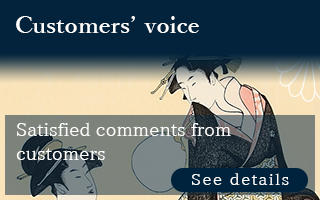 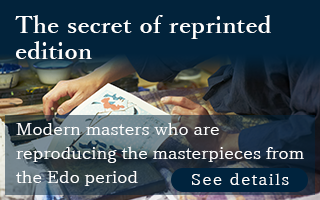